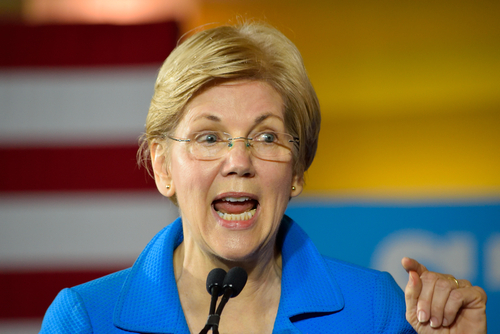 This past week, twelve Democratic presidential candidates took the stage for their fourth debate—and, of course, Senator Elizabeth Warren didn’t miss the opportunity to bring up the Consumer Financial Protection Bureau.

During the debate, Warren made sure to own responsibility for the idea of creating the agency that claims to protect people from big banks. Unfortunately, that is not what CFPB has done since its implementation. Instead, the agency, to date, has drummed up over $3.1 billion in regulatory costs; not including the hit that credit unions have taken or the money dished out in penalties.This agency that was supposedly put in place to protect consumers–as the name suggests–has done just the opposite. Instead, it has created unnecessary burdens for lenders and reducing credit access for potential borrowers.

However, under the current director Kathy Kraninger, the agency has been more focused on the consumer and has ensured more free-market reforms. With Kraninger at the helm, the CFPB has cut spending and has changed its approach to reducing burdensome regulations. Since her first day on the job, Kraninger promised to work with financial organizations to protect consumers—instead of increasing regulations and credit costs, making them less available. She has stuck to her word.

Thankfully, Kraninger understands that the bureau would operate better if the focus was on a free market approach, bettering both consumers and financial organizations.

But as Sen. Warren continues to be a favorite amongst the Democratic candidates thus far, the concern of what she would do if elected is daunting. It’s no doubt that if elected to the highest office, she would rollback the extensive progress that Kraninger has made by adding more burdening financial regulations. Only further hurting consumers instead of protecting them.