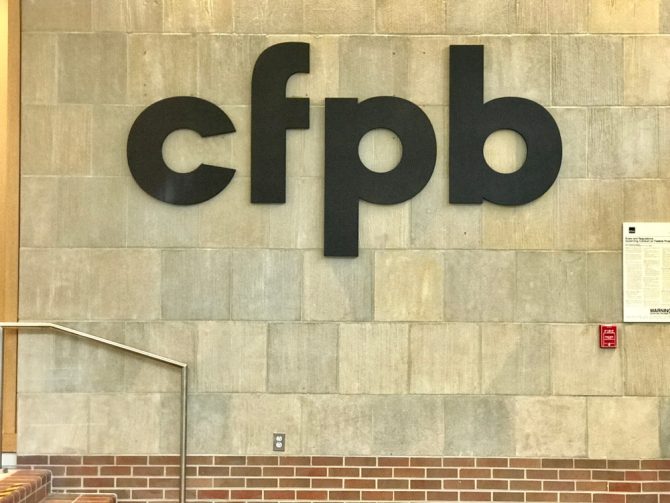 As primary season ramps up and presidential candidates flock to campaign events and debates, many Americans will generously open up their pocketbooks for the candidate they feel is best fit to run the country. While the recipient of an average joe’s campaign donation may not matter much, it can be cause for concern when the majority of donations made by employees of a certain government agency all end up in the same Democratic pockets. This campaign cycle (2019), that one agency would be the Consumer Financial Protection Bureau (CFPB).

Using data pulled from the Federal Election Commission (FEC), all reported CFPB employee political donations from January 1, 2019 until August 14, 2019 (date data was pulled) went to three Democratic presidential candidates, one Democratic Congresswoman, and one left-leaning political action committee. Not one single donation from a CFPB employee went to a Republican, or even an Independent candidate or committee.

It shouldn’t come as a shock that a majority (66.5 percent) of CFPB employee political donations went to the agency’s own architect Sen. Elizabeth Warren. Former Harvard Law Professor Warren proposed the creation of the CFPB in 2007 and it was formally instituted when Congress passed the Dodd-Frank Act in 2010.

But despite boasting a newly appointed Director, it seems the agency cannot shake its left-leaning roots. While the Bureau has instated more free-market reforms, the CFPB’s main employees evidently still show a strong political bias towards one major party.

While the agency was created as and continues to call itself non-partisan, its employees’ political giving suggests a less balanced reality. This could be a cause for concern for the public, who may have a different definition of “non-partisan” when it comes to their government agencies.