AOC and Bernie: Again Hurting Low-Income Americans through Their Policies 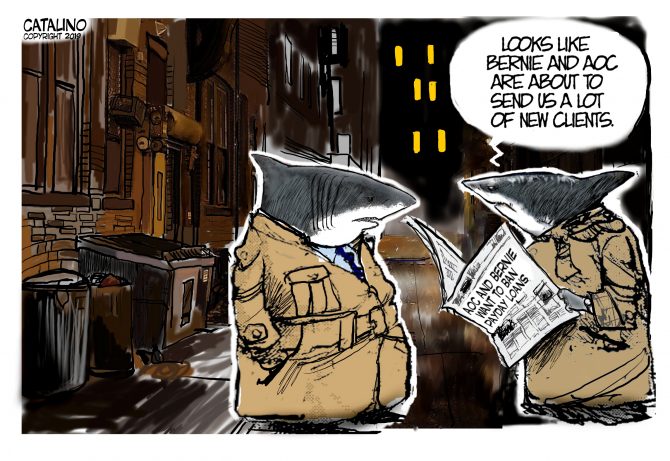 This deceptively named legislation would officially cap all interest rates on consumer loans at 15 percent, effectively reducing access to credit for low-income Americans by making it too costly for credit lenders to risk lending them credit. This could then lead potential borrowers who were denied access to credit to turn to less reputable and more expensive forms of obtaining credit, including dangerous illegal loan sharks.

Short-term payday lending allows borrowers to obtain a quick and easy loan between paychecks in order to cover necessary expenses. While critics like to point to the high annual interest, in practice the loans typically cost $15 for every $100 borrowed. Regulations are strict about the transparency of fees and interest. Considering that nearly 60 percent of Americans do not have enough cash to cover an unexpected $500 expense, these short-term loans offer a much-needed option to thousands of potential borrowers.

Credit unions and banks do offer some short term loan products at lower rates, but they can be complicated and usually requires the opening of a bank account. The ease and simplicity of payday loans have made them popular in low-income communities.

AOC and Bernie, who continually claim to be representing the common people, are only further hurting Americans chances to obtain credit by their policies. This ill-informed policy is a classic example of legislation that will only harm those it is intended to help.

Posted by: CFPB Facts
Next post: What has 6 Months of New Leadership Meant for the CFPB?